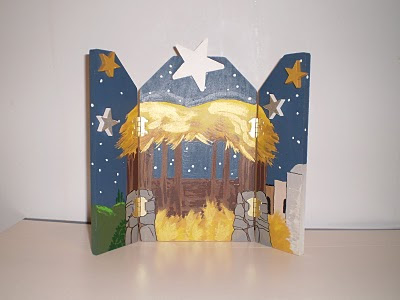 Backdrop: a stable with an inn on the right, and the surprisingly lush hills of Judea on the left. 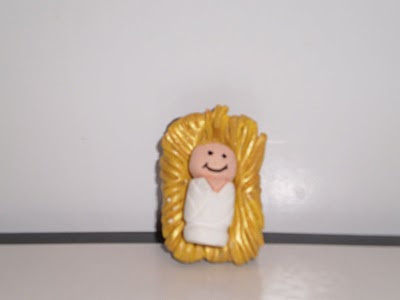 A blurry picture of Baby Jesus. In a manger. Which manger caused one of the few arguments between me and my wife. Because we'll fight over Sacred Farm Implements, but won't fight over things like bills and funeral arrangements. 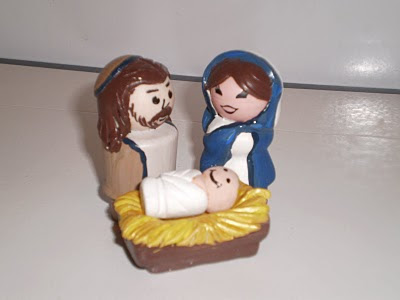 Joseph, Mary, and Baby Jesus. You need to include the "Baby" part. 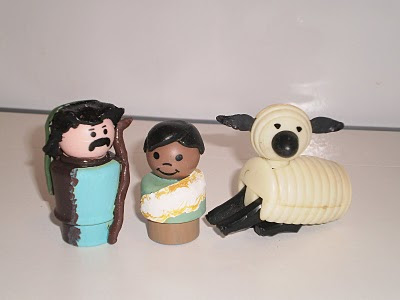 Two shepherds in from the Hills, and the biggest sheep you ever done seen. 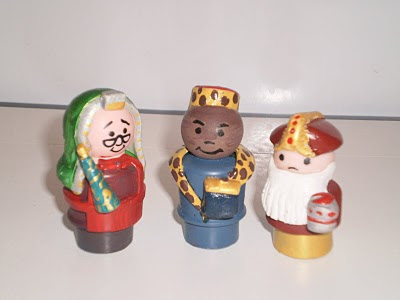 Three Wise Men, including Mr. Hooper. And who's to say he wasn't? He was able to ease Bert and Ernie's pain on Christmas Eve with some paper clips and a rubber duck; he could bring the frankincense! 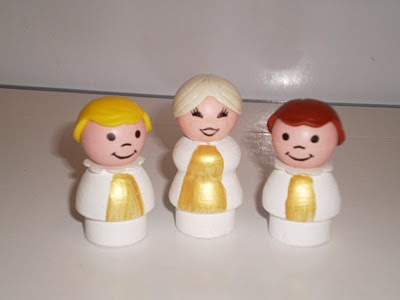 Three angels. But not Charlie's Angels. Although that's not a bad idea for an update... 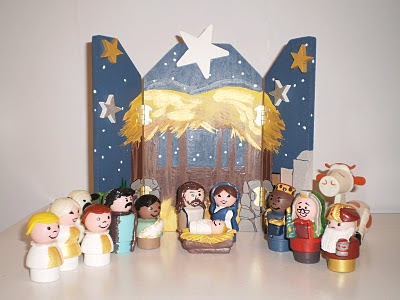 The whole scene good to go. Can you hear the choirs singing? In your head? Out of your head? 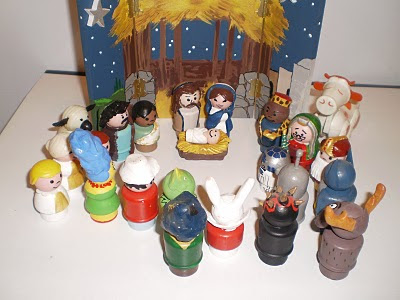 Other visitors come to adore the babe, wrapped in swaddling clothes and lying in a manger. Including Marge Simpson, Gilligan, a Sleestak, the Scarecrow (Wizard of Oz, not Batman Villain), the White Rabbit, Darth Maul, Bender, R2-D2, Batman and Bullwinkle. Everyone needs redemption. Even Sleestaks.

Posted by Quinn Rollins at 5:15 AM