Ever since I was a pup, I've loved Aquaman. Back then, he was part of Saturday morning's SuperFriends cartoon. He was alongside Superman, Wonder Woman, Batman and Robin as an equal, and even though that show went through many rosters over the course of a decade, 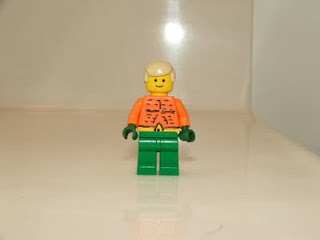 Aquaman was always a team player.

His superpowers are that he breathes underwater (and on land), he's got super-strength developed from living underwater, and he can use his aquatic telepathy to talk to fish and command them to help out from time to time.

Aquaman's biggest problem seems to be that comic book and television writers don't know what to do with him. So even when he does make it onto the page or the screen, he loses some of that coolness that he has from his Atlantean heritage.


His other problem is common to many superheroes-- 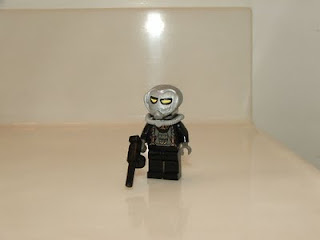 even the Man of Steel. That's his villains. Where some superheroes like Spider-Man or Batman are blessed with Rogues Galleries that go on into the dozens, Aquaman has only ever had one that made it into the big leagues. And that's the Legion of Doom's own resident waterboy, Black Manta. With a voice like Darth Vader combined with a sucking drain, Manta was cool enough on the cartoon, and evil enough in the comic books that he killed Aquaman's son. Yes, Black Manta killed Aquababy. That's pretty low, Manta.


My favorite version of Aquaman is still the way he was on SuperFriends: the orange shirt and green tights, short blond hair and a big golden "A" on his belt. He's cheesy, he's superpowered, and he's happy. DC Comics has done a lot of things to the character, including severing his arm, transforming him into a monster, killing him, and having Mera leave him. It's a messy life, but for me that's just symptomatic of the problems that writers have with the character--not the weakness of the character itself. 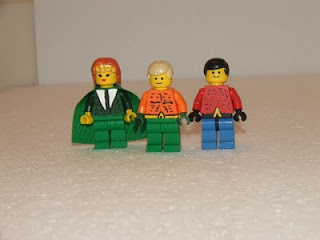 I like these characters enough that they were some of the first DC Comics superheroes that I made as LEGO minifigures: Aquaman and Black Manta came first, then I went ahead and made Aquaman's sidekick Aqualad, and then his wife, Queen Mera. The three of them make a happy trio, and even though they're relegated to the sidelines any time Superman or Batman decide to come to the party, I still love 'em. And the seahorses they rode in on.

Like many DC Comics superheroes, Aquaman's base of operations was in a cave for many years; my sons and I made this Aquacave about a year ago, and kept it intact until Black Manta succeeded with his nefarious plot to capture a magical trident. Or maybe it was Dentyne. It didn't have sugar in it, whatever it was. Without the protection of that magical LEGO piece, the Aquacave was no more, but is still preserved in this beautiful photo, and now on the blog. 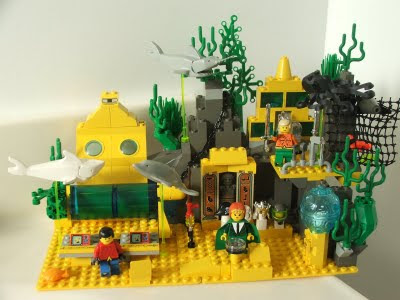 Posted by Quinn Rollins at 2:11 PM